West Auckland house sells for NZ$890,000 over CV at auction 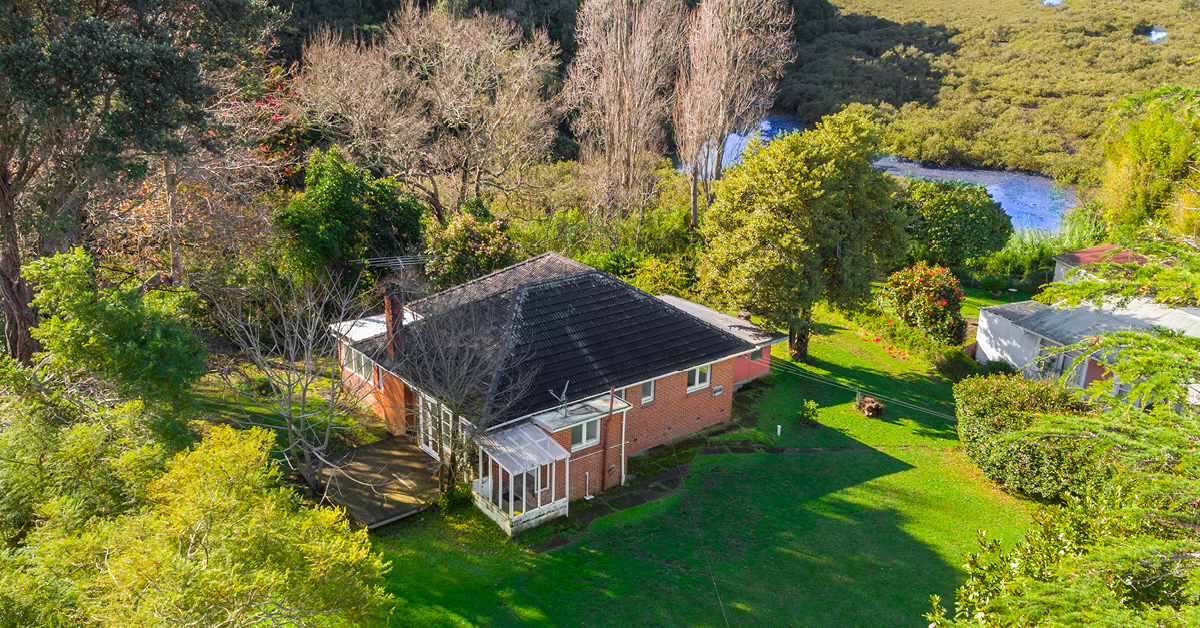 A three-bedroom West Auckland home that was a developer and land banker’s dream has sold for NZ$1,820,000 under the hammer – a staggering NZ$890,000 over the CV price.

The campaign for 22 Lowtherhurst Road in Massey attracted 30 inspections – with some buyers viewing more than once – as that translated into 10 registered bidders on the day, seven of whom actively competed.

“The campaign was carefully targeted at developers and fixer-upper home buyers rather than a generic ‘one size fits all’ approach that would have risked failing to ‘hit the mark’ with any specific buyer group,” said Ray White Universal Branch Manager John Hubbard.

“The campaign was well supported by a strong online marketing programme, underpinned by top professional photography, including drone shots to highlight the land size and picturesque locale; and further enhanced by a video narrated by the listing agent.

“This resulted in a strong uptake from the market from day one of the campaign with a resultant good turnout for the first weekend of open homes.

“In addition to the targeted marketing campaign, it’s also worth noting that properties with such relatively large section sizes nowadays rarely come to the market in suburban Auckland.

“Combine that with proximity to major local shopping complexes, motorway access and other amenities such as schools, public transport options and even a hospital, and you have a property that’s well-placed to attract strong interest from buyers.

“Auckland’s western suburbs have long been recognised as an affordable option for families looking to settle in a pleasant, well-serviced environment, where there is ready-access to a wide variety of natural playgrounds.

“These include native bush reserves, rugged west coast surf beaches, countryside wineries and of course the boaties paradise that is the sparkling Waitemata Harbour. All this is just 20 minutes or so drive, ‘off-peak’, to the CBD.

“With the current economic backdrop of historically very low mortgage interest rates and somewhat eased loan to value (LVR) restrictions implemented by the Reserve Bank, the West Auckland real estate market is proving to be hotly contested by investors, developers and first home buyers, who are all chasing a relative lack of stock.

“This has seen the return of multiple offers, and of course pre-auction offers, as happened with the campaign for 22 Lowtherhurst Road.

“On an optimistic note, the large number of property developers who competed for 22 Lowtherhurst Road and other local potential development sites recently sold, gives a strong vote of confidence in the short to medium term future of the West Auckland housing market.

“That’s all in spite of the negative speculation that has been brought on by the fallout from the COVID-19 pandemic.”

“When the opening bid starts at NZ$70,000 over the property’s CV, you know right away it’s going to be a special auction, and that’s exactly how it turned out,” Mr East said.

“This fantastic result is typical of the incredible competition we’re seeing for properties now, with demand very much outstripping supply.

“Anyone needing an example of why now is the time to sell needs to look no further than the price achieved at 22 Lowtherhurst Road in Massey.”