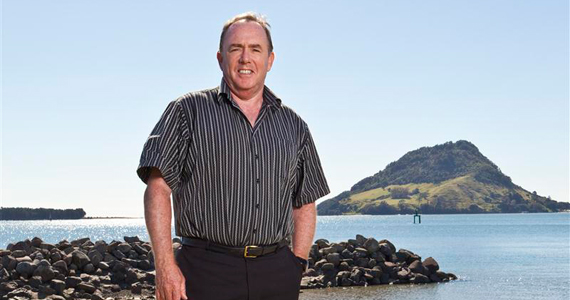 Tauranga-based McMahon Commercial is operated by Denis McMahon and Phillip Hunt and is a boutique personal service agency specialising in all aspects of commercial property management.

The company under its new arrangement with Ray White will trade as Ray White Tauranga and Western Bay of Plenty Commercial.

Mr McMahon, who has more than 25 years’ experience in the property industry, said McMahon Commercial’s partnership with Ray White Commercial was a major step forward for the company.

“We are very excited about becoming part of the Ray White family and we are confident this partnership will drive our syndication model to new levels,” he said.

Mr McMahon said McMahon Commercial manages more than $100 million in commercial property throughout the North Island while the company is also boosting its market presence in leasing and sales.

The rebranded company will be opening a new office at Spring Street, Tauranga, in January, 2013.

“We are looking forward to engaging with Ray White Commercial and the group’s support systems,” said Mr McMahon, a former Bay of Plenty branch chairman of the Property Council.

“With the brand’s support we will be looking to source appropriate property for syndication and for investors.

“We also will be staging seminars throughout New Zealand during 2013 to educate our franchisees on the merits of such investments.”

McMahon Commercial grew out of the success of Property Managers Realty Ltd, which Mr McMahon started in 1992 after clients encouraged him to secure new properties in which they could invest.

“McMahon Commercial grew out of the perceived need for a professional, boutique agency arm which specialises in the sale of titles in the syndicated properties as well as specific commercial projects,” Mr McMahon said.