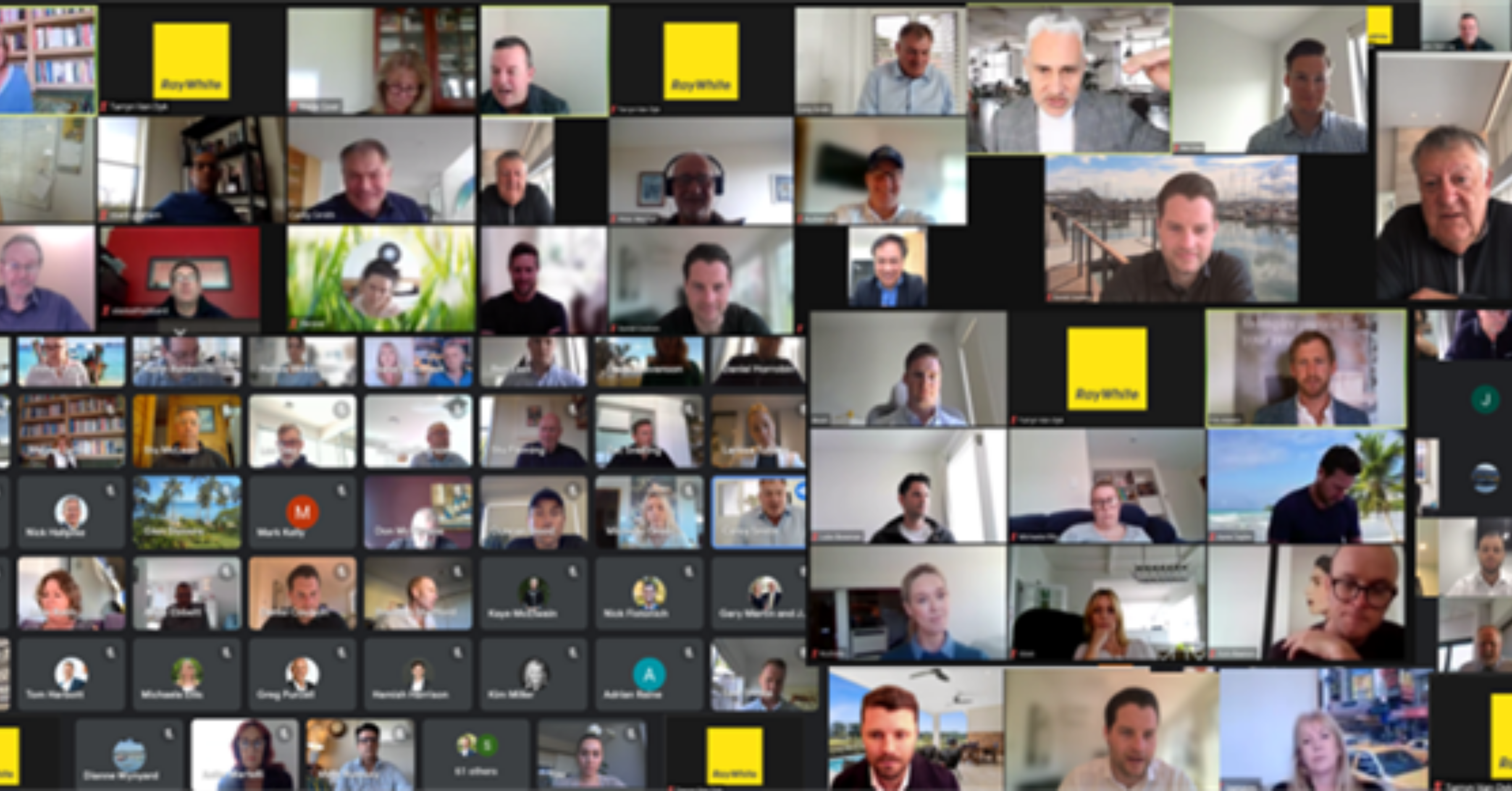 Running from August 23 to September 20, the training was well attended by members with more than 9500 people tuning in to virtual training sessions.

Originally from Wellington, Mr Williams is best known for being Tiger Wood’s caddie from 1999 to 2011. Woods was the number one golfer in the world during that time.

Having a 2 handicap at the age of 13 he went on to caddie for almost all pro golfers in the 1980s.

Ray White New Zealand is proud of their partnership with Ronald McDonald House Charities and also had the privilege of hearing from its CEO, Wayne Howett.

Mark has a depth of skills and understanding in delivering structure and processes and his direction has led to tangible rewards for our businesses.

“It was inspiring to hear how some of our top-performing salespeople and business owners have created their success.”

As a new agent, Glen Thompson from Ray White Richmond said having access to so much motivational content was invaluable.

“The breadth of topics and quality of speakers helped to give me knowledgeable insights, of which quite a few I have added to my daily tasks,” Mr Thompson said.

“Hearing the success stories of top performers and what their focuses are, gives you confidence that you’re doing the right thing and have chosen the right career!”

“It was a privilege to be part of our virtual platform hosting daily sessions for our network members,” Mr East said.

“Most sessions were informal and interactive ensuring we all stayed well connected throughout the lockdown.”

In support of Māori language week (September 13-19), husband of Ray White New Zealand’s Head of Marketing Larissa Tuhaka, actor and director Te Kohe Tuhaka, presented a session on Te Reo Māori. With passion and enthusiasm, Mr Tuhaka’s lessons included a basic understanding of the language and the importance of pronunciation.

The national property management network enjoyed over a dozen online training sessions throughout.

“I know many property managers with other companies who’ve said they received nothing like this, and I’m proud to be a part of a network that can pivot at such speed to organise this level of quality content to help keep us busy during the lockdown,” Mr Harrison said.

“I’ve managed to update a number of my processes off the back of these sessions and my clients are already giving great feedback to these changes – thank you, Ray White!”

Simon Cohen, founder of Cohen Handler, the largest property buyers agency in Australia and also one of the stars of Amazon Prime’s Luxe Listings Sydney

Sir John Key, New Zealand retired politician who served as the 38th prime minister of New Zealand from 2008 to 2016

Mark Mcleod, CEO of Growth for the Ray White Group