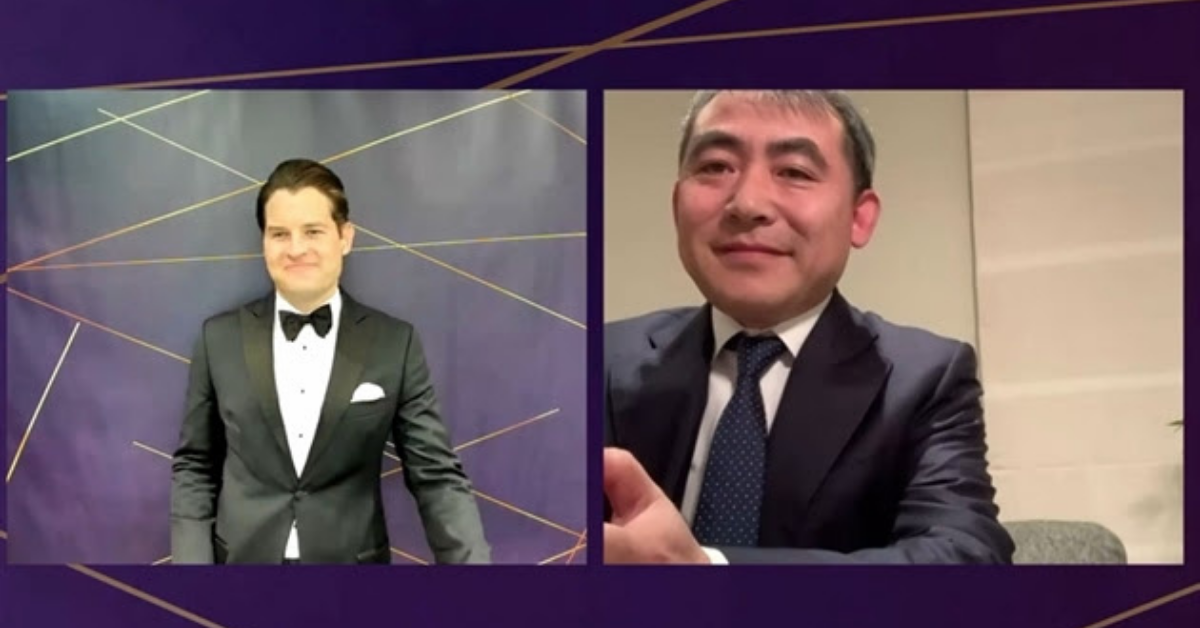 Some 2000 Ray White New Zealand members tuned in online on Saturday to celebrate their best performers of 2020-21 at the virtual annual awards ceremony.

Ray White New Zealand CEO Carey Smith said he was proud of every member, their achievements, and their resilience for the 2020-21 financial year.

“Ray White in New Zealand has continued to go from strength-to-strength this year, selling over $18 billion worth of property and managing 20,050 properties for landlords,” Mr Smith said.

“The last 12 months have seen the company increase its sales volume by more than 42 per cent and has been a record year through the 187 offices.

“The recognition awards are an important part of the celebration of the contribution that members have to the organisation of Ray White.”

The award winner for top residential salesperson and the award for number one international salesperson settled commission was Anton Huang of Ray White Howick (pictured above on the right with COO Daniel Coulson).

The top digital marketer of the year award, sponsored by TradeMe, and the award for number one international salesperson in terms of number of sales was Holly Jones of Ray White New Brighton.

Mr Smith said that the performance of the network over the past 12 months had been extraordinary.

“In the area of sales and property management, the company enjoyed increased client adoption through the growth of our resources offered to each of our clients,” he said.

“Adding value to our services through concentrated customer experience and system and processes by each of our offices assisted in our growth for the past 12 months.

In its 23rd year of presenting, the CEO Cup award recognises a member, or members, who have provided an important, but not necessarily known, advantage to the company by supporting and being part of a decision-making process.

“The Kemeys family were a very important part of the successful growth the Ray White Group has achieved in the Lower North Island,” Mr Smith said.

“Their decision to endorse the growth of the company was a watershed moment some five years ago and they have continued to perform at outstanding levels, supporting the group’s ambition.

“They are worthy recipients of the CEO Cup award and the first family to be acknowledged for this recognition.”

“It fills me with immense pride every year when our annual awards are announced and our people are recognised – to see so many performing so well within the group can be put down to hard work and dedication,” Mr White said.

“So many of our members are achieving and exceeding personal bests. Some exciting results for our group overall.”