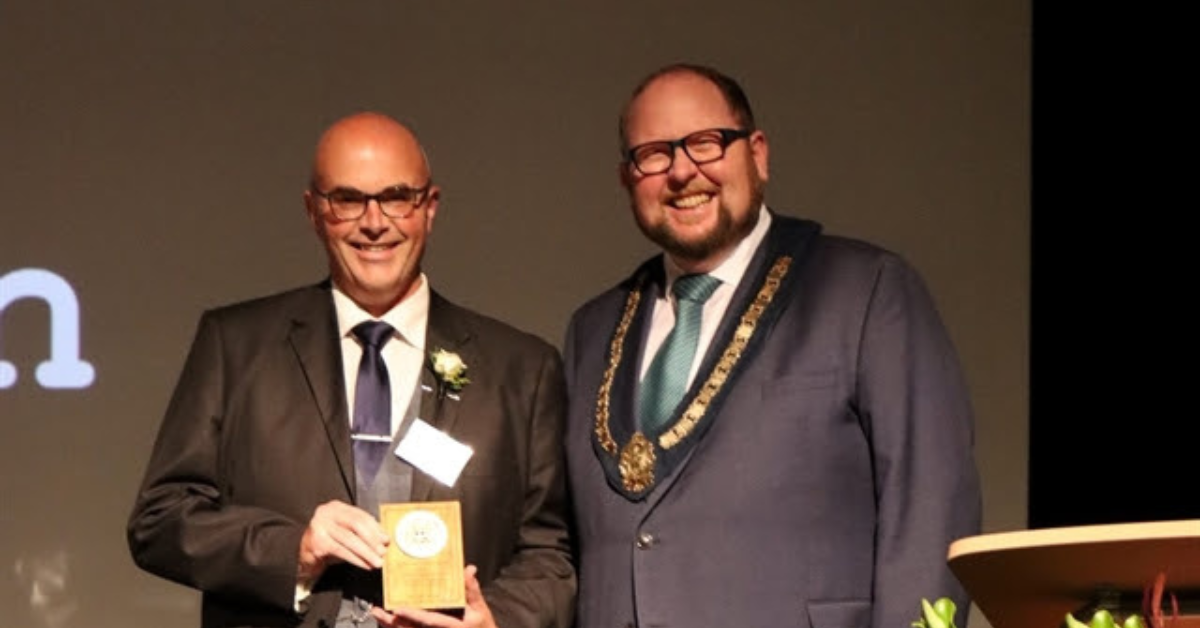 Ray White Full Circle administrator David Britten has received a community service award from the mayor of Waimakariri for his work running Dark Side Entertainers Group.

After starting Dark Side Entertainers Group nine years ago, Britten and his team of volunteers have donated over 14,000 hours of their time by appearing as characters from famous films to entertain and uplift children and families.

“Children love the villains from films, probably because of the cool costumes, and I myself gravitated toward Darth Vader when I was 10 years old back in a dark movie theatre in 1977,” Mr Britten said.

“Years later, it was my idea to use movie replica villains in a child-friendly way to ‘step off the movie screen’ and make a real difference in children’s lives.

Since it started, Dark Side Entertainers Group has continued to grow, attending hundreds of events over the past eight years and assisting organisations including the Battered Women’s Trust, Make a Wish, and Child Cancer.

“Over the past three years, I have branched out on my own with a special passion for assisting special needs and autistic children and have become a very child-friendly Darth Vader to more families than I can recall,” Mr Britten said.

“I’ve helped them with coping through anger issues, social anxiety, bullying and even suicide.

“Their total belief in the character I portray – which I have perfected even down to the voice – allows me to reach children on a level others cannot and our success in these fields has been nothing short of staggering.

“I’ve been called to the bedside of dying children and adults, who wanted to meet their hero in the flesh and allow grieving families a last golden moment on film to remember for all time.

“It is the most rewarding thing I have ever done – or shall ever do.”