Auctions rule the roost for Ray White Ponsonby and Remuera 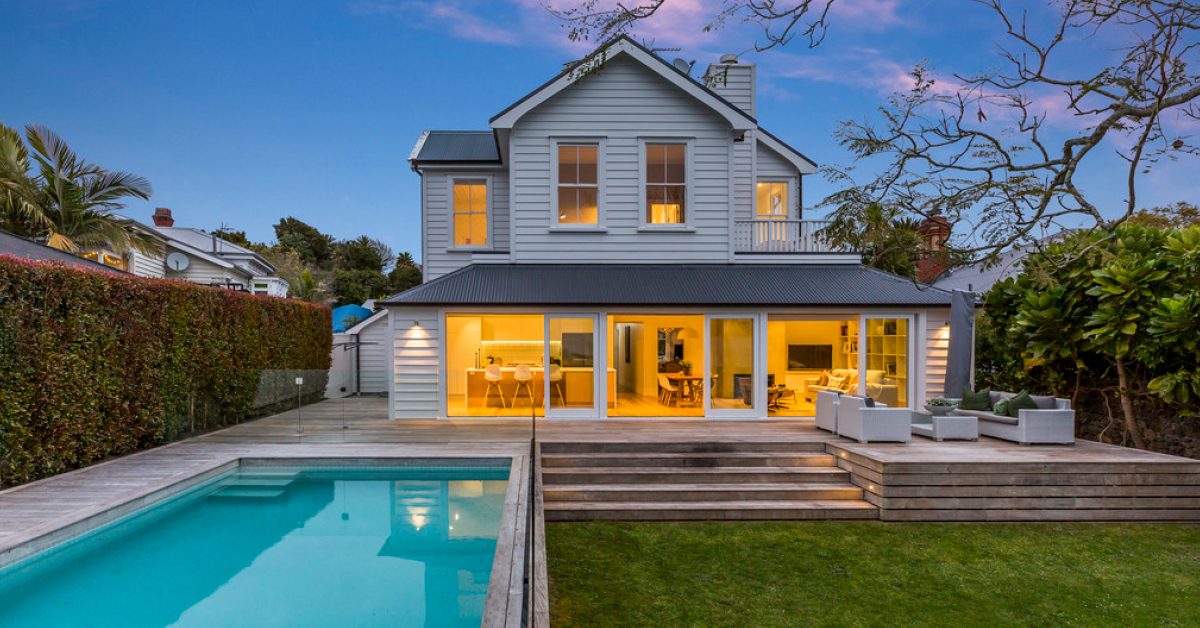 The two offices sold more than NZ$23,000,000 worth of property under the hammer between them in a single day as the seller’s market remained in full swing across Auckland.

“It was a wonderful night under the hammer for our clients with the absolute stand-out sale coming courtesy of Salespeople Mike Robson and Justine Koning as they sold 21 Bellevue Road(above) in Mt Eden for a whopping $4,725,000,” Mr Coulson said.

“What we’re seeing is that properties that attract bidding – sell. It really is that simple right now. The strategy would be the key observation from the successful buyers at last night’s auctions.

“We also continue to see increasing levels of registered and active buyers and much more combative bidding than we have seen in some time.”

“It seems that every single property we have that goes through a well-run auction campaign attracts multiple buyers, with many of them actively competing,” Mr Bowring said.

“Even when we don’t have multiple buyers, as we saw last night with 64 Temple Street(above) in Meadowbank, it only takes one bidder to achieve a premium price of $2,100,000.

“There has never been a better time to sell than the market we’re in now. Auction as a method of sale is particularly appealing because of the unconditional nature of the sale.”

“This was an amazing result for our vendors and the buyer is delighted – they had been through multiple open homes with us before,” Ms Ataman said.

“The buyer couldn’t believe they had been so lucky having bid unsuccessfully on another one of our properties recently, but they were delighted to be the only unconditional buyer for this great piece of real estate.”

The night was then completed with a 100 per cent auction day clearance rate for Ray White Mt Eden, as the team sold all three of their properties under the hammer.