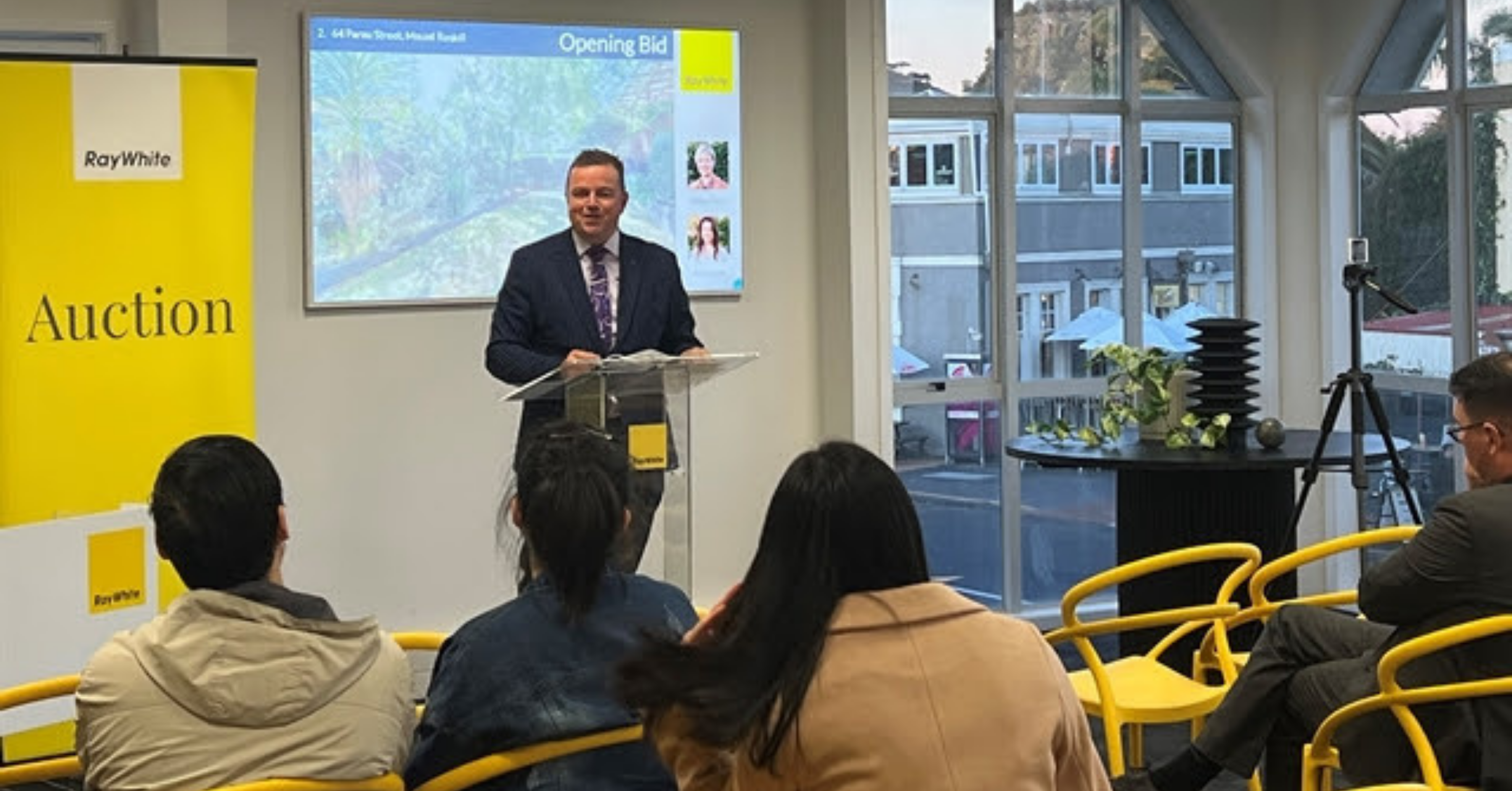 Ray White Mt Eden achieved a 100 per cent clearance rate at their in-room auction event last night, with all three properties selling under the hammer.

It was the first time Ray White Mt Eden had opened their auction rooms to the public since the start of the pandemic.

The top result of the night was achieved by 11 Burch Street, Mount Albert, which sold for $1,795,000 – $195,000 above CV – a fantastic result for the vendors and listing agents Rachel Berry and Tegan Stent.

The property sold for $120,000 above CV, which was a great result for both the vendors and the listing agents Josh Powell and Jerry Chen.

The auction achieved a great result for the vendors and listing agents Robyn Ellson and Olivia Doyle, with three bidders battling it out for the property.

“Good agents having trust with their sellers and their buyers led to plenty of buyers across all three properties resulting in three sales,” Mr Bowring said.

“We ran a hybrid auction which had buyers in rooms and buyers being online, but it was very nice to welcome the public back to our very beautiful Mt Eden auction rooms.

Mr Bowring said there were still plenty of good buyers in the marketplace.

“What we are seeing is that the good agents with strong databases are selling their properties under the hammer,” he said.

“We are predominantly an auction business as auction creates competition and it is proven that days on market are lower than any other method of sale.

“We sold three out of three last night, and the prices we achieved would not have been achieved via any other sale method.”