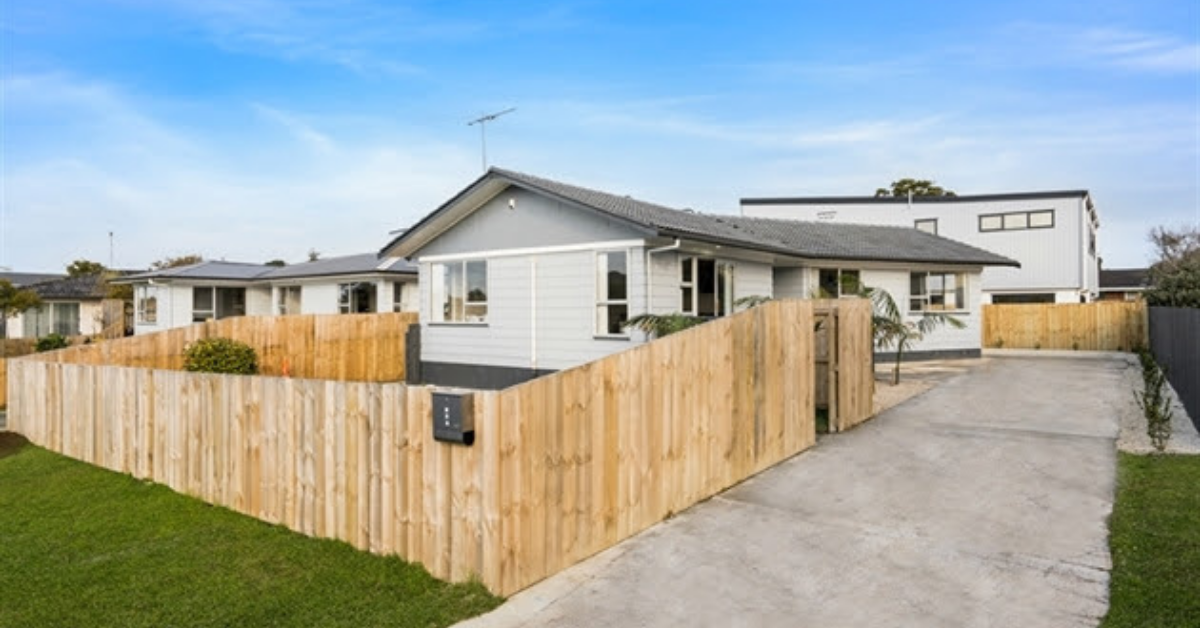 After originally planning to auction after level 4 restrictions ended, the auction for 59 McKinstry Avenue, Mangere, was brought forward last night after the property received a huge amount of inquiry.

The vendor was local developer Jim Du (pictured above), who said he had bought the property in 2020 while he was developing neighboring property 61 McKinstry Avenue.

The three-bedroom home sold to a first home buyer site unseen for $931,000.

“I originally planned to auction after we went to level 3, but I had a pre-auction offer that exceeded my expectations so we decided to go ahead early,” Mr Du said.

“I kept seeing on the news that people were buying site unseen and I wondered ‘how?’, but then it actually happened to me.

“I have another two properties which I am holding until after we move to level 3 when people can view the properties. They are already on the market but I’m waiting.”

Mr Du said Ray White Mangere agent William Vaea sold both 61 and 59 McKinstry Avenue for him, and he was really happy with the results.

Mr Vaea is also the listing agent for Mr Du’s other properties 59a and 59b McKinstry Avenue.

Mr Vaea said he convinced Mr Du to bring the auction forward as demand for property was so high, with little option on the market.

“We were going to set the auction when we changed levels, but we had so many offers coming through,” Mr Vaea said.

“We had about 30 people inquiring about it.

“We had a lot of offers come through but a lot were undervalue or conditional.”

Mr Vaea said the majority of interest had come from first home buyers, as it was a three-bedroom home on a 431sqm block.

“Most properties over 600sqm were selling for over $1 million,” he said.

“This block is not small, it’s big enough and has a decent-sized renovated house on it also.”